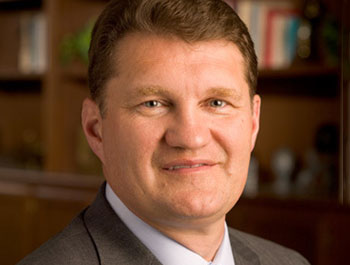 Barry James, CFA, CIC Barry is the CEO of James Investment Research and the President of the James Advantage Funds. He received his undergraduate degree from The Unite d States Air Force Academy and his Master’s Degree from Boston University. He joined James Investment Research in its beginning years before a tour of duty as an instructor/fighter pilot with the United States Air Force. He returned to the company in 1986. Barry currently oversees the management of James Investment Research and is a senior member of the firm’s Investment Committee. As company spokesman, he makes frequent national television appearances on CNBC, Market Watch, Fox Business, and Bloomberg TV, as well as being quoted in Barron’s, The Wall Street Journal and numerous other financial publications.